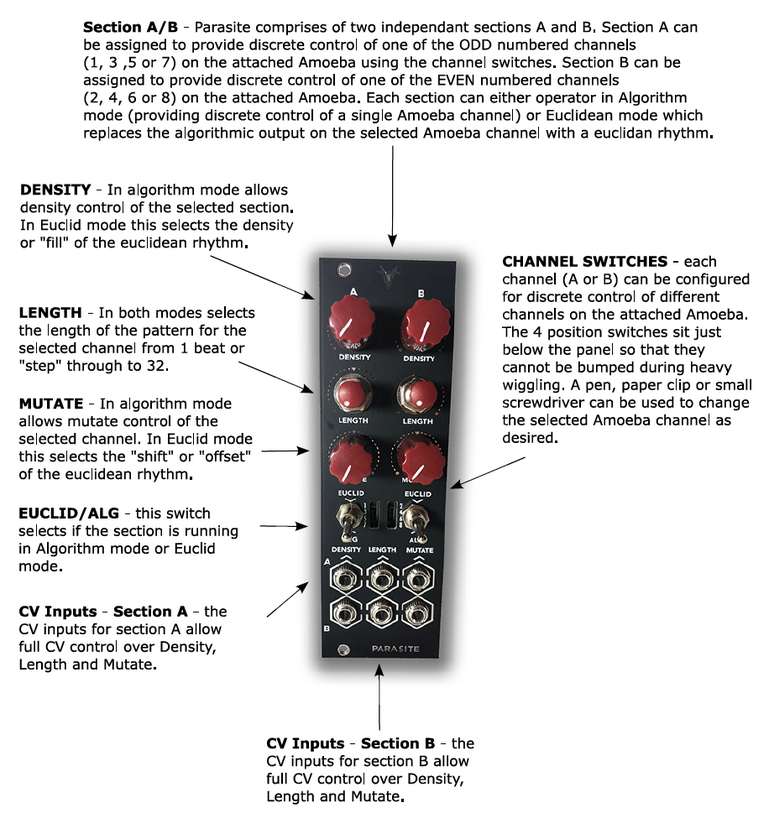 Parasite is a dedicated expander module for the Beast-Tek Amoeba module. Parasite attaches to its Amoeba host with a three pin cable via headers on the back of the module.

Up to four Parasites can be chained together to control a single Amoeba, providing full discrete control of each channel.